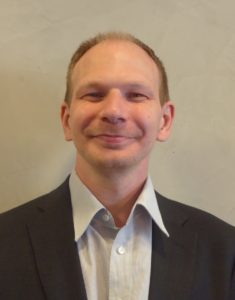 [/vc_column]
[vc_column width=”4/5″]
Markus Zeitlinger studied medicine at the Medical University of Vienna and graduated in 2000. He completed his training as specialist in Internal Medicine and Clinical Pharmacology and advanced to his main current position as Head of the Department of Clinical Pharmacology.

In 2007 he received his post-graduate diploma in Clinical Research. Beside clinical trial design his scientific interests cover pharmacokinetics and transporters with focus on early phases of clinical research. He has published over 130 peer reviewed publications and book chapters in particular in the areas of antimicrobial agents and vaccines and is ad hoc reviewer of over 30 journals. He works as scientific expert to the EMA where he was actively involved in more than 300 scientific advice procedures given by SAWP/CHMP. Furthermore he is actively involved in several national and international scientific societies as well as several national and European research consortia. In particular he is currently vicepresident of the Society for Pharmaceutical Medicine (GPMed); chair of the section of Clinical Pharmacology, Austrian Pharmacological Society (APHAR); council member of the Federation of European Pharmacological Societies (EPHAR) as well as member of the executive committee of the European Association for Clinical Pharmacology and Therapeutics (EACPT).