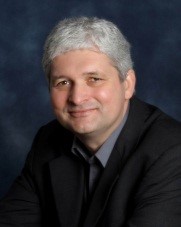 His major research interests are in the field of pharmacogenomics and epigenomics of ABC transporters and drug metabolizing enzymes, adverse drug reactions and chronic pain. Currently he is author of 200 original publications and book chapters. Ingolf Cascorbi is member of several national and internal learned societies and serves on a number of editorial boards in the field of clinical pharmacology. He served for the EACPT as treasurer from 2003-2007 and as chair from 2007-2011. Currently he is member of the EACPT Executive Board in his function as past-chair and EACPT delegate in the Health Care Professional Working Party of the European Medicines Agency.
[/vc_column][/vc_row]