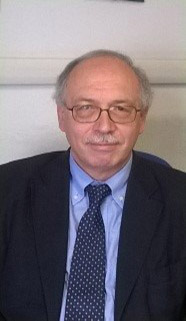 [/vc_column]
[vc_column width=”4/5″]
Edoardo Spina graduated in Medicine at the University of Messina in 1981 with full marks and honor. He became specialist in Neurology (1985) and Psychiatry (1991) at the same university. From 1983 to 1987 he was visiting scientist at the Department of Clinical Pharmacology, Huddinge University Hospital at Karolinska Institute, Stockholm, Sweden, where in January 1987 he took the Ph D in Clinical Pharmacology.

His main scientific interest are clinical neuropsychopharmacology and drug metabolism. In particular, he has been involved in studies on the pharmacokinetics and drug interactions of antidepressants, antipsychotics and mood stabilizers, on the implications of pharmacogenetics in psychiatry and on the role of therapeutic drug monitoring of psychotropic drugs. Author of about 200 articles in international journals, 20 chapters in scientific books, and editor of 1 book. He has participated and lectured in more than 100 international scientific meetings. He has been principal investigator in many international (EU), national and regional research projects Member of several scientific societies, at present he is in the Executive Committee of the European Association for Clinical Pharmacology and Therapeutics. Associate Editor of Frontiers in Pharmacogenetics, member of the editorial board of Therapeutic Drug Monitoring and Basic & Clinical Pharmacology & Toxicology and referee for some of the most important journals in the field of clinical neuropsychopharmacology