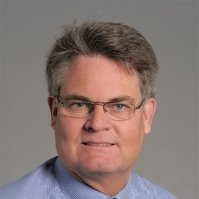 Kim Brøsen’s research has always been characterized by a deliberate and visible clinical approach in accordance with his position that clinical pharmacology as a medical speciality must strive to improve and support the medical treatment of patients. Kim Brøsen was among the true pioneers of pharmacogenomic research with numerous highly cited papers on the CYP2D6 polymorphism. Studies on imipramine metabolism and CYP2D6 polymorphism formed the basis of Kim Brøsen’s doctoral thesis in 1988. These studies resulted in one of his most important original discoveries that paroxetin is a strong in vivo inhibitor of CYP2D6 activity in humans. Kim Brøsen subsequently conducted a number of studies on the clinical relevance of CYP2D6 polymorphism to treatment with tricyclic antidepressants, especially imipramine and SSRIs, and opioids, especially codeine and tramadol. In recent years, Kim Brøsen has been increasingly involved in the role of drug transporters in human pharmacokinetics and -genomics. He is continuously providing substantial contributions to our understanding of the pharmacogenetics and -genomics of metformin, one of the most commonly prescribed antidiabetic drugs. Kim Brøsen has published more than 300 scientific papers as well as authored numerous national and international book chapters. He has been cited >13,500 times in the medical literature and has a CSI Hirsch Index of 66. Kim Brøsen has been the principal supervisor for more than 28 PhD students.

Kim Brøsen is known for his strong strategic competences and his ability to create and nurse national and international networks. Not least, he is known for his inspiration and support to young researchers and Kim Brøsen is genuinely appreciated for his overall academic and social generosity.

Professor, consultant, DMSc, Kim Brøsen has been a towering presence within European clinical pharmacology for 35 years. Kim Brøsen is internationally recognized as an innovative, pioneering and leading researcher within human drug metabolism and pharmacogenomics. He has been a strong developer and promoter of clinical pharmacology training and he has tirelessly pursued the implementation of clinical pharmacology as a medical specialty with a recognizable and respected professional identity. Additionally, he has an elite publication record and resides deservedly among the Highly Cited Researchers within clinical pharmacology. He is known for his strong strategic competences and his ability to create and nurse national and international networks. Not least, he is known for his inspiration and support to young researchers, and is appreciated for his genuine overall academic approach, social generosity and humor.

Kim Brøsen was born in Copenhagen in 1954 and graduated from Medical School, University of Copenhagen in 1981. After 4 years of hospital internship, he became a research fellow at Clinical Pharmacology, Odense University (now University of Southern Denmark) in 1985. He quickly ascended through the academic ranks as assistant professor/lecturer (1986), associate professor/senior lecturer (1988) and was appointed to his current position as full professor in clinical pharmacology in 1995 at the age of 41. Kim Brøsen was a guest researcher from 1988-1089 at Biozentrum at the University of Base, Switzerland, and professour associé from 2002-03 at Service de Pharmacologic, Hospital Saint-Antoine, Paris, France. Kim Brøsen received specialist authorization as a clinical pharmacologist in 1997 and was appointed a consultant at Odense University Hospital the same year. In 2000, he was appointed head of research in clinical pharmacology at University of Southern Denmark, which he has led convincingly during the last 21 years. The department now boasts four professors, 3 associate professors, more than 10 PhD students, and a fully functional laboratory in both analytical chemistry and cellular pharmacology and publishes numerous high impact papers every year. Kim Brøsen has led his own research program over several decades. His research has focused on improving our understanding of human drug metabolism and drug transport and led to several original discoveries. Early he identified the antidepressants drug paroxetine as a CYP2D6 inhibitor which had major clinical implications for patients with depression. More recently he has improved our understanding of metformin pharmacokinetics and pharmacogenetics. During his academic career, he has published more than 300 scientific papers. The papers have accumulated more than 14.500 citations. Kim Brøsen has a Hirsch index of 66 and was among the most highly cited researcher in pharmacology from 2001 to 2015.

Dr. Brøsen has been seminal in training the next generation of researchers. He has supervised 28 PhD theses and numerous students at the bachelor’s and master´s level. He was the main architect behind the establishment of clinical pharmacology as a medical specialty in Denmark.

In conclusion, we believe that Kim Brøsen has been one of the most important contributors to research and the development of clinical pharmacology over the last 35 years. He has left clear and invaluable imprints on the leadership, practice, training, education, research and postion of our discipline and professional trade. With the merits outlined above, we believe that Kim Brøsen is a natural and worthy recipient of the 2021 EACPT Lifetime Achievement Award.

On behalf The Danish Society of Clinical Pharmacology

The nomination letters were signed by

135* Rasmussen BB, Nielsen TL, Brøsen K. Fluvoxamine is a potent inhibitor of the metabolism of caffeine in vitro. Pharmacol Toxicol 1998;83:240-5.

194. Brøsen K. Some aspects of genetic polymorphism in the biotransformation of antidepressants. Therapie 2004; 59:5-12